Welcome to the OU-Tulsa Lab of Image and Information Processing. We are located inside the Schusterman Center in Tulsa. Our lab focuses on applying machine learning and in particular deep learning to tackle a wide range of image and data processing problems including video surveillance, robotics, augmented reality, and medical diagnosis.

I found the maps shown on the CDC website not quite intuitive since it just shows the number of cases (Update: now they show per capita rate instead and I’m not complaining anymore, but I just let my script to continue to update. If you want to see the trend, check this). But more importantly, we should look at per-capita how many are infected. The map below shows the total number of confirmed cases over the population for each state. From the map, we can see that even California has many cases, it is doing quite well relatively. 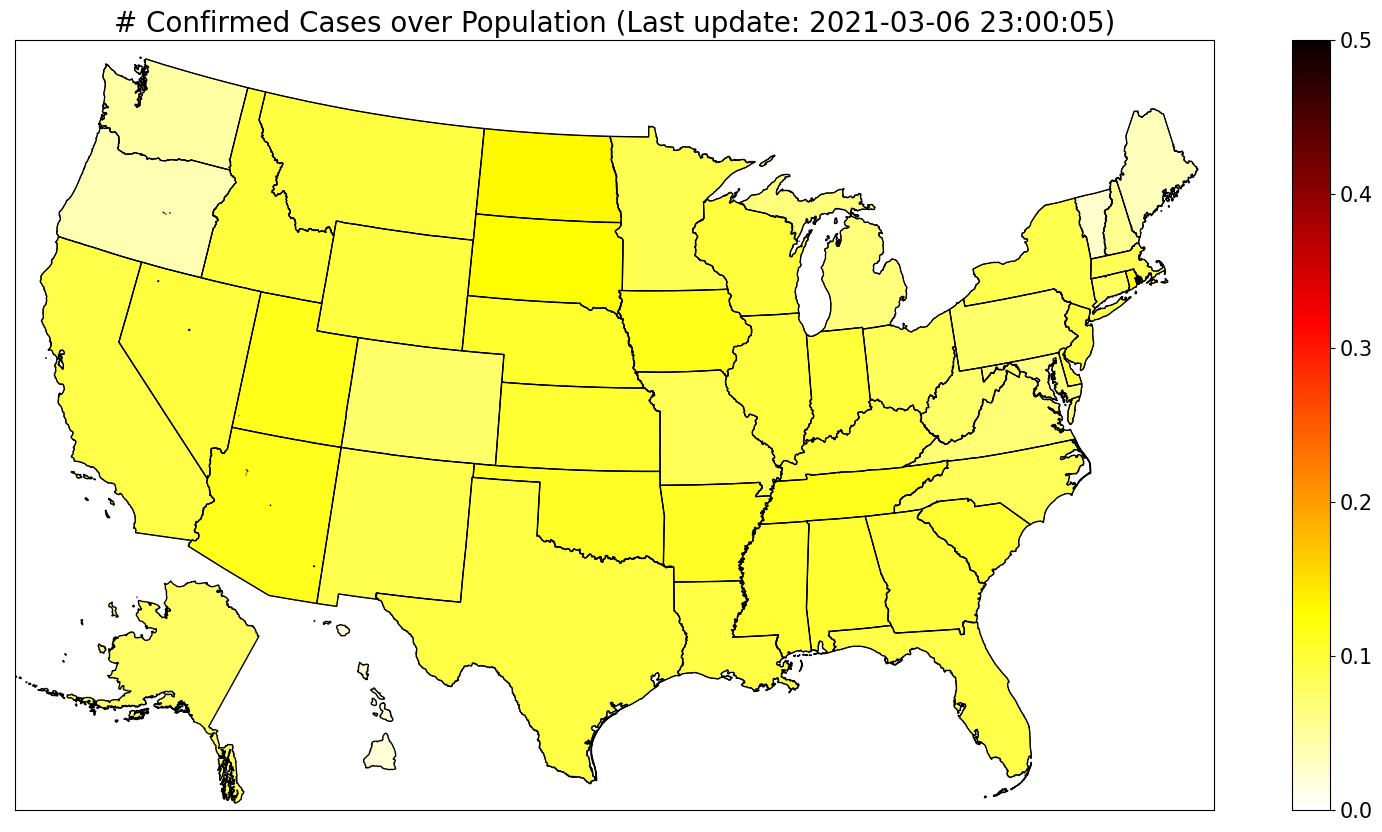 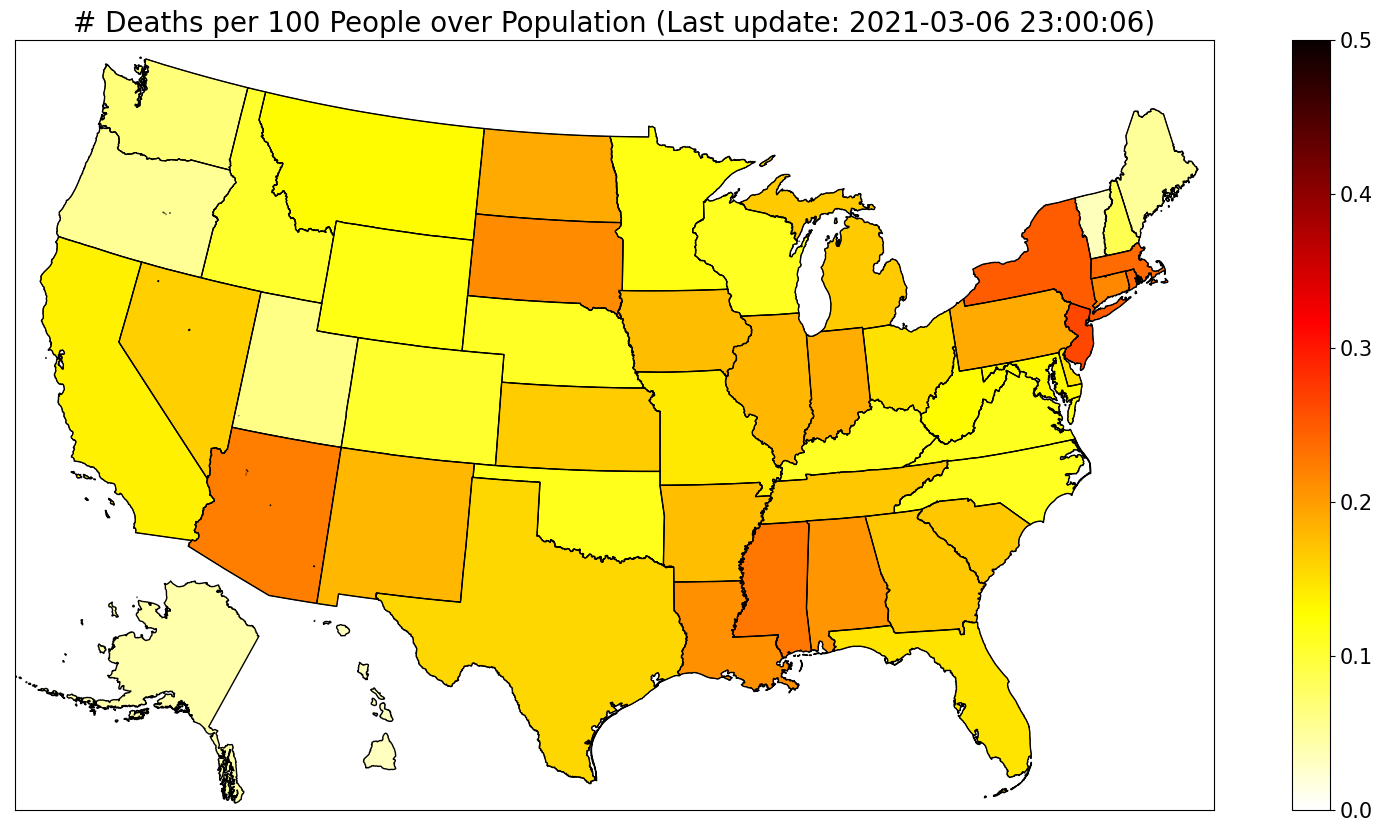 But note that since there is lag for patients who got infected and eventually died. So the map above actually shows number of cases around 2 weeks ago (assuming median incubation rate of 5 days and 10 days to become critical and die).
As time goes by, the total number of cases may not mean much because many have recovered. The number of new deaths and new infected cases become more important to understand the current situation. Below show the percentage of population which was newly infected and died. The numbers are moving averaged over the past 7 days. The pandemic is apparently moving south. 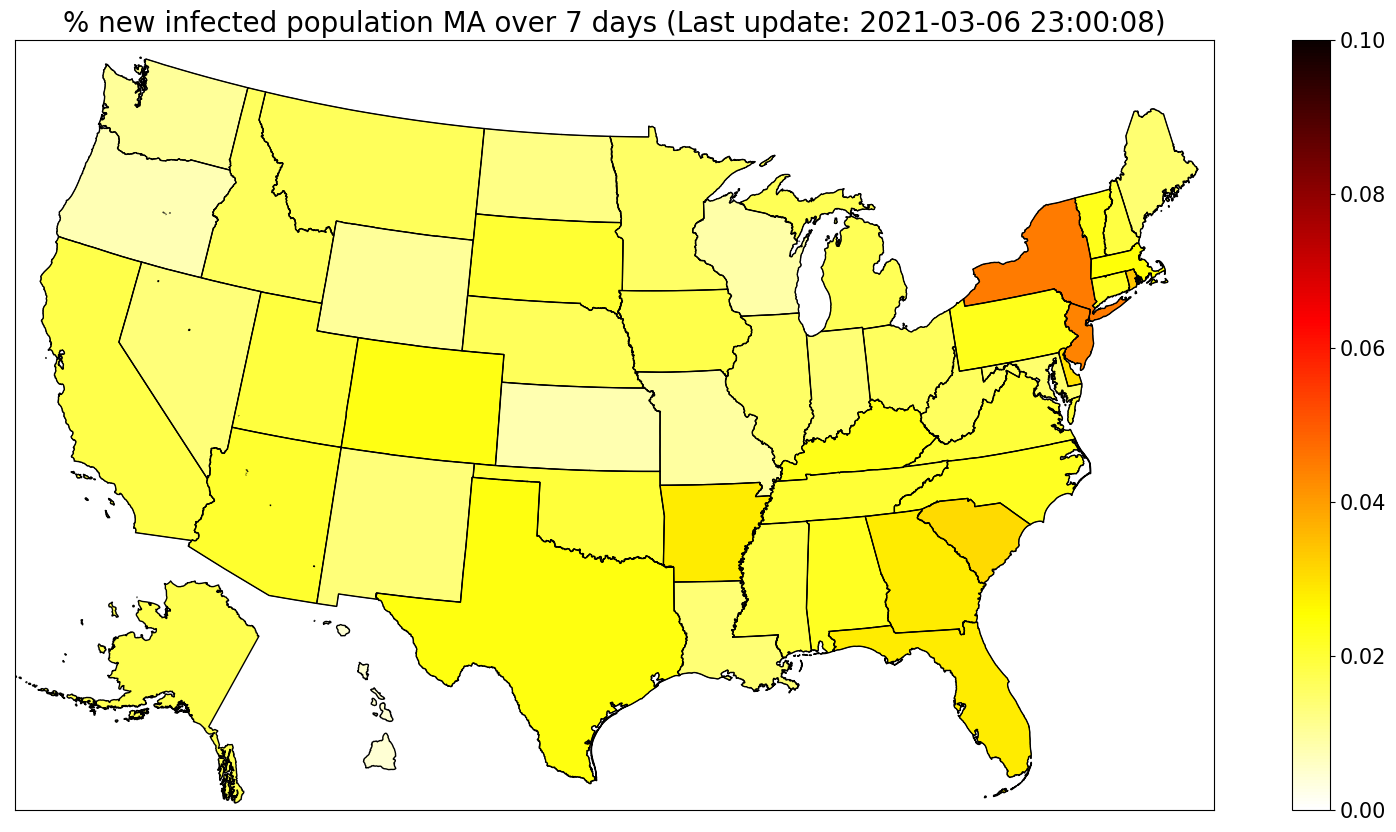 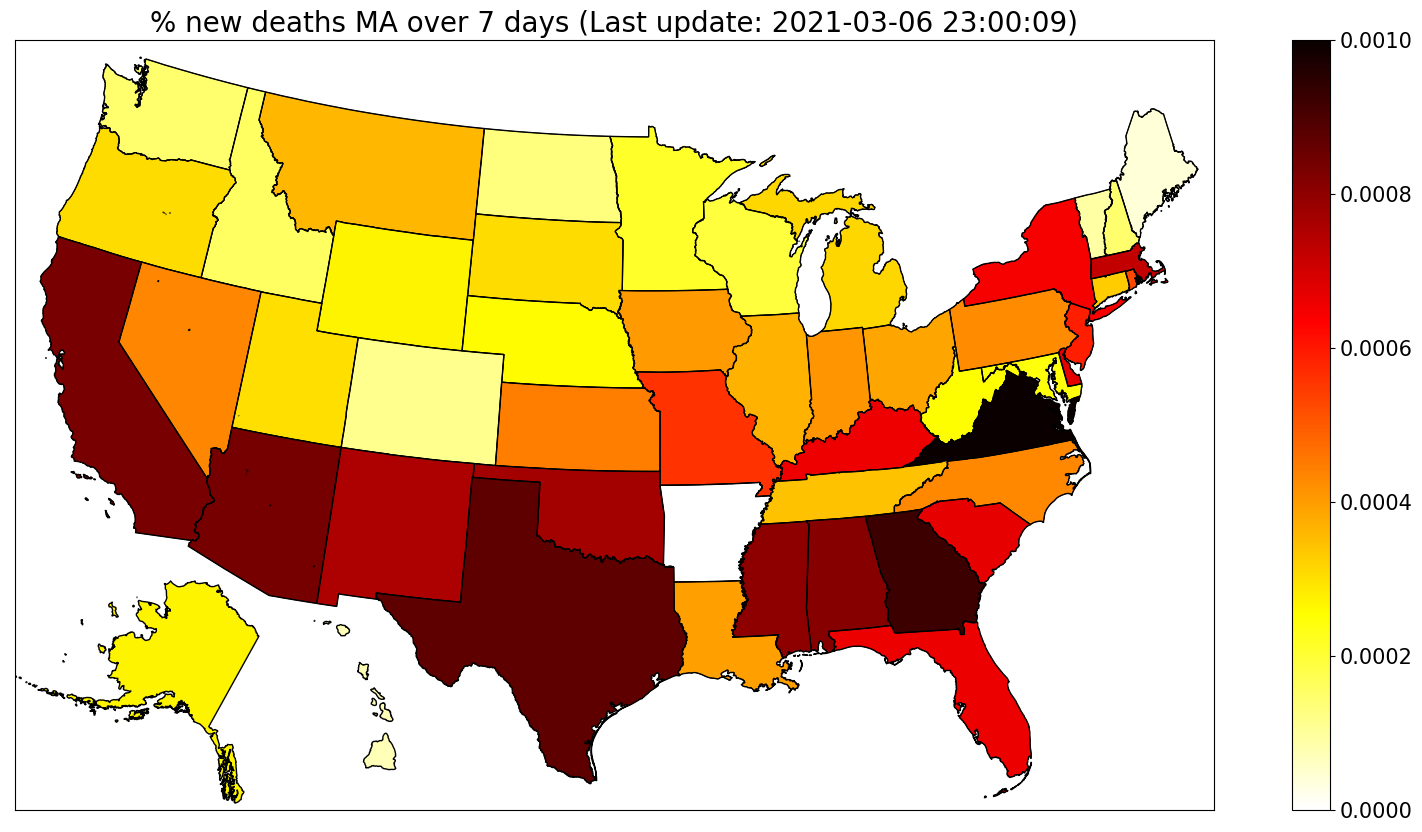 Now let’s take a look of the Oklahoma data. The plot below showed the respective rates as the national data. I obtained the data from the State Department of Health. 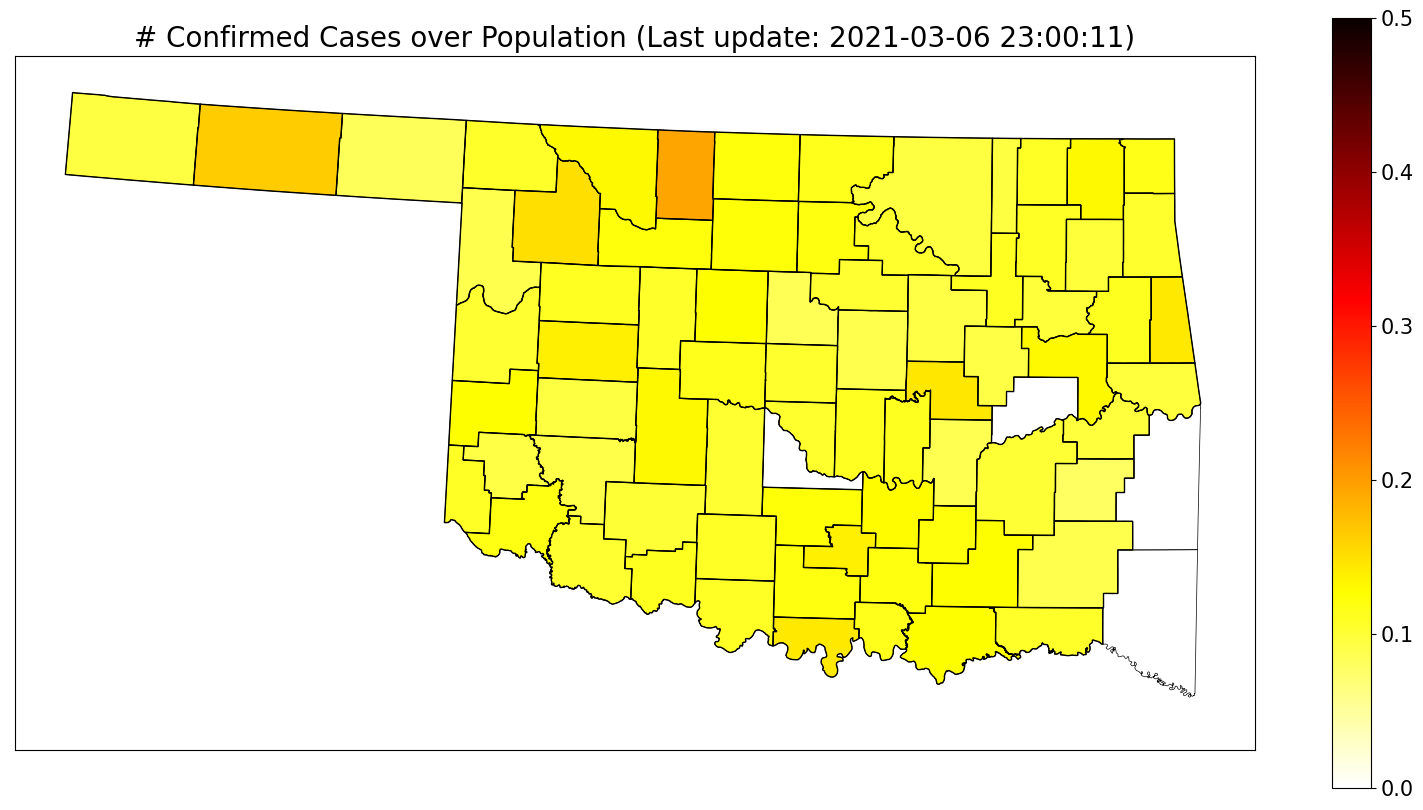 It is interesting to see that Central OKC region seems to be doing better than the Northeastern Tulsa region. But an individual county (Greer) is in pretty dire situation. Again, the death rate probably gives a better idea of how many undetected cases out there. Even though there is likely to have lag. Update (7/15): almost a month after Trump rally in Tulsa, the total number of cases in Tulsa is now the highest in Oklahoma. But the death rate is about in the middle compared to the rest of the state. 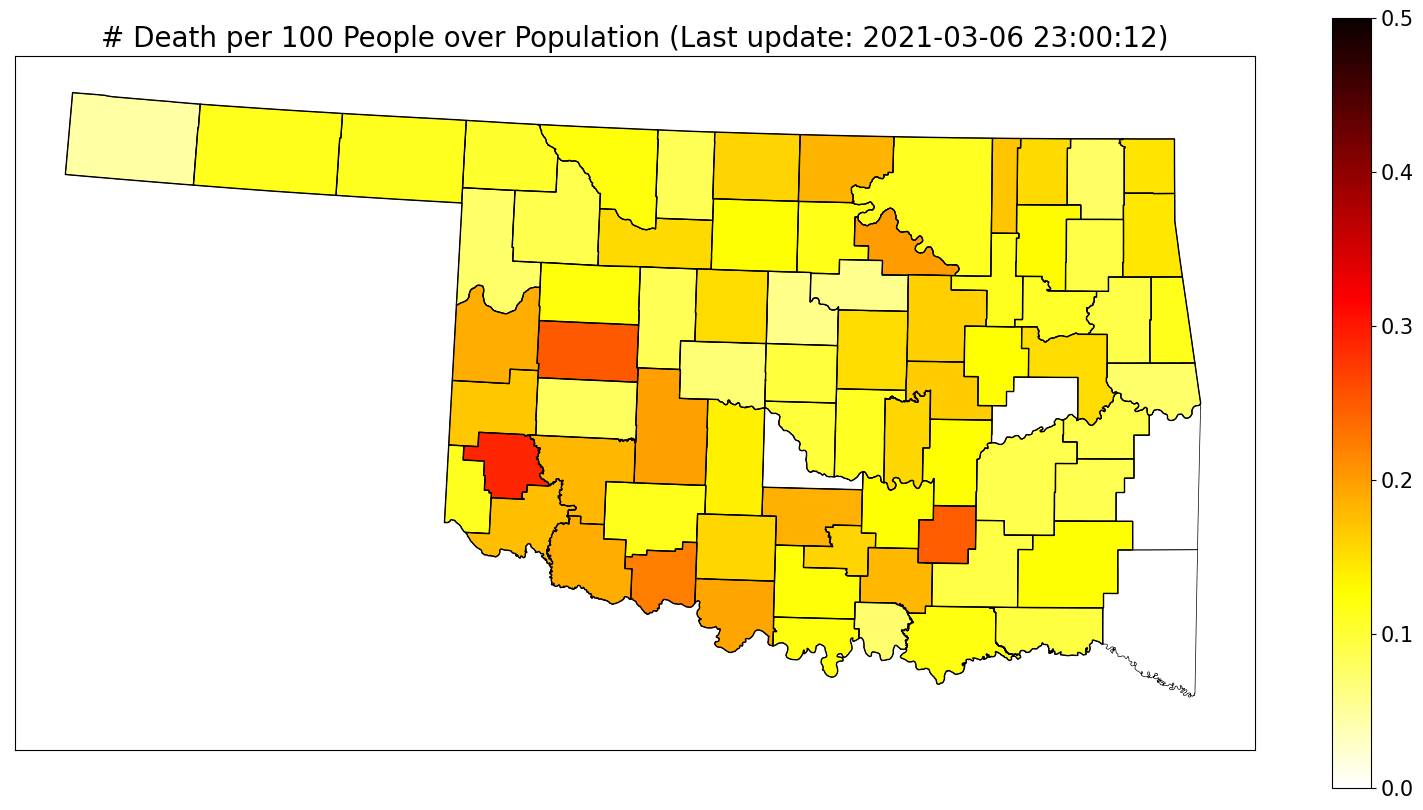